Why Your Administrator Appears to be Under Communicating or Not Listening

They are trying to prevent more stress.

We all know teaching is stressful. Sometimes administrators choose to not share certain information to avoid adding additional stress onto teachers. It is important that teachers are able to maintain their focus on teaching. Some information will generate worry and stress that reduces a teacher’s effectiveness during planning and instruction.

They are trying to respect your time.

Most administrators understand how demanding teaching is. There are demands placed on time, emotions, and energy. Administrators may attempt to keep from overburdening their staff by respecting and protecting a teacher’s valuable minutes during the day.

The answer is no.

Sometimes an answer of “no” is interpreted as not listening or not caring. If the reason for a “no” was not shared, it’s okay to seek understanding. Seeking understanding is better than living with an incorrect assumption.

They have poor body language/nonverbal communication.

Administration is a social position which requires building and maintaining relationships. Some administrators are natural introverts and live outside of their comfort zone each and every day. Their body language and nonverbal communication can sometimes be misinterpreted as not listening or not caring.

Administrators are human, too. In the craziness of a given day, it is easy to forget something important. Sometimes I can’t even get out of my office before distractions prevent me from remembering where I was going. I often ask staff to send me an email reminder because I know how easy it can be for me to forget. This has proven to be helpful.

They are stressed or busy, too.

Fulfilling a large number of responsibilities and obligations can be stressful and time-consuming. Teachers definitely understand this. Administrators often have to triage needs or requests as a teacher’s emergency may not be an administrator’s emergency at that moment. Critical discipline issues, central office directives, etc. can often dictate the degree of urgency for any given situation.
A lack of communication, or its perception, can only be improved by better communication - from both sides. While it is the responsibility of any leader to constantly work on improving his or her communication skills, there are some things that teachers should do when left feeling frustrated.
Practice patience.
Extend grace.
Follow up.
Assume good intentions.
Administrators and teachers serve on the same team, and good team members practice effective two-way communication. The four strategies listed above aren't just for teachers. Teachers need their administrators to practice patience, extend grace, follow up, and assume good intentions as well. If both sides are effective in these four areas, communication and culture will be greatly improved.
If communication is a struggle for you, it is important to develop an effective system. Emailing myself works for me. Whenever I have a thought or need a reminder, I pull my phone out and send myself an email which serves as a constant reminder each time my inbox is open. If I'm unable to email myself, I ask staff to email me a reminder. Your system may be different, but the important thing is developing something that will work for you (and those you serve).
Doug Dunn is currently athletic director and junior high principal for the Licking (MO) School District. He has previously served as a K-8 superintendent and elementary principal. Doug can be found on Twitter at DougDunnEdS.

3 Books to Enhance Your Teaching Tomorrow 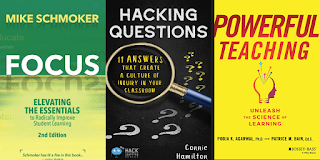 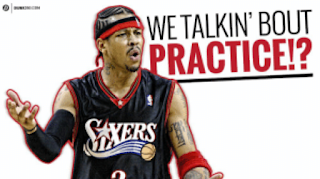